Did you know that there is a very specific grammatical rule that governs the order in which a string of adjectives should be listed?

It’s one of those rules that native English speakers apply instinctively, just because it “sounds right.”

You can read more about “Rules of English Grammar That We Didn’t Know We Knew” in the Support for Struggling Readers Blog. 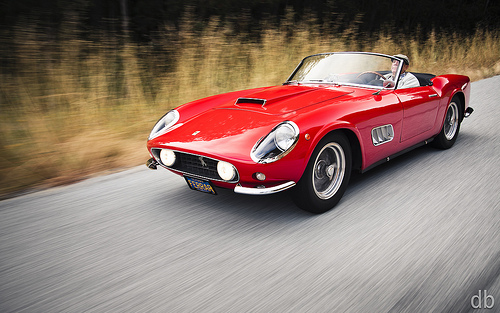 WHAT DO YOU SEE WHEN YOU LOOK AT THE IMAGE ON THE LEFT?

What is it about the first option that rings true to the ear while the others do not? It’s a rule of word order we call “The Royal Order of Adjectives.”

One of the simplest rules of English grammar tells us that adjectives precede the nouns that they modify or describe.  But when there is more than one adjective before the noun, there is a very precise (and occasionally violated) rule of order, as seen in the image on the right, from stgeorges.co.uk

Have students work collaboratively to create a generalization about the order in which adjectives go together.

Provide pairs or small groups of students with a noun and three adjectives and have them determine the best order for the adjectives.  For example:

Discuss the choices the students made. Together, categorize the various types of adjectives (e.g., color, function, opinion).  Then look for patterns in the order in which the adjectives are most effectively placed in each phrase.

Create an anchor chart such as the one on the right.  You can use an existing chart, but it’s more effective for students to generate the adjectives in each category.

For additional practice, provide groups of students with nouns and have them choose adjectives from two or three different categories to generate sentences. 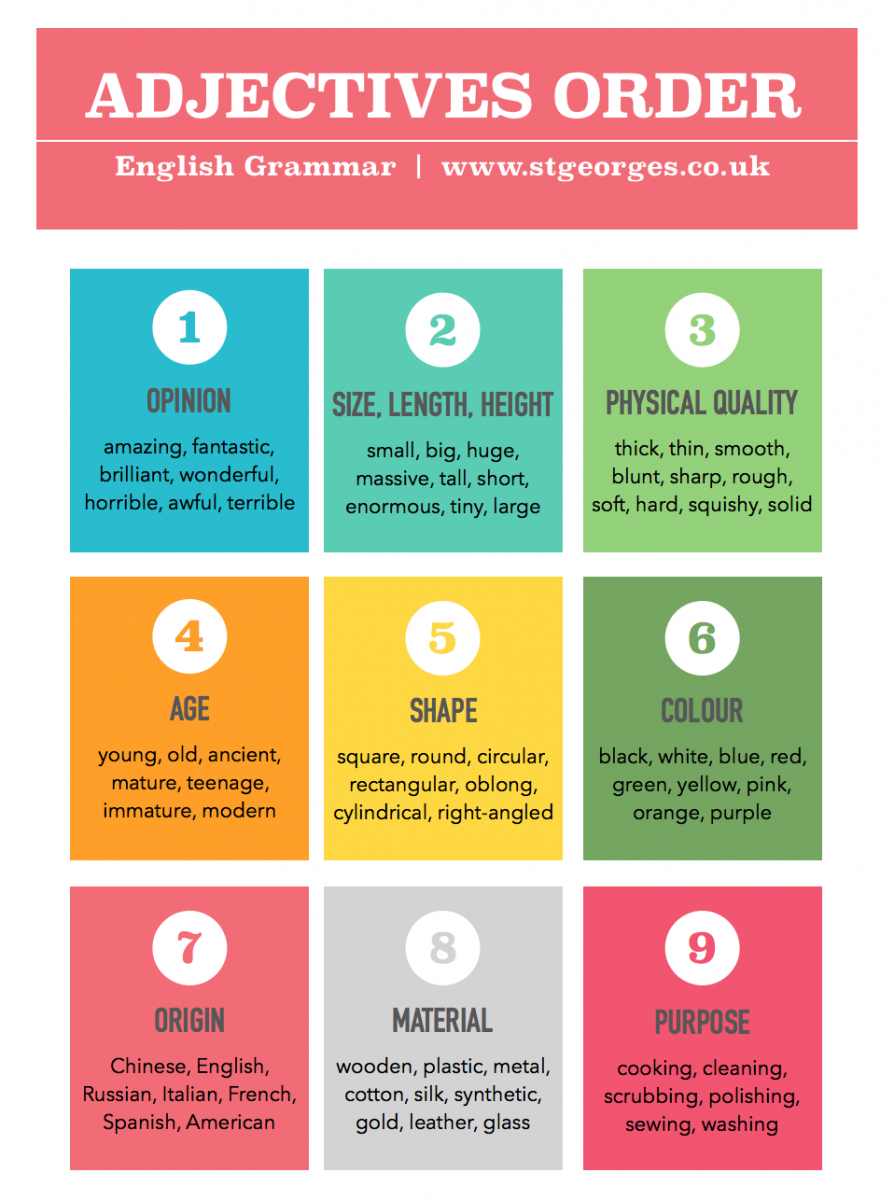