There’s something magical about putting words, phrases or even sentences together in groups of three.

The TRICOLON is a rhetorical device involving three words or groups of words with the same grammatical structure, such as three nouns or three prepositional phrases or three sentences.  It’s not only a fun and easy rhetorical device for students to learn, it’s also an opportunity to reinforce English grammar.

Check out the tricolons in the opening paragraphs from the HIP HI-SCHOOL novel DEATH ON THE SIDEWALK:

Tricolons are particularly effective in persuasive or argumentative writing.  Here are the last two sentences from “A Battle Against Bottled Water” from the HIP NONFICTION TEACHING PACK.

So the next time you want to take a drink to the beach, on a run, or for a ride in the car, grab a reusable bottle and fill it from the kitchen tap.  You’ll be doing some good for your body, your wallet, and the earth.
– from “A Battle Against Bottled Water”

WHY TEACH “THE MAGIC OF THREE”?

As writers, it’s important to understand the effect of grouping words, phrases or even sentences into triplets.  It gives our writing precision, power and pizzazz.  (See what I mean?)

Great orators (see Barak Obama’s inauguration speech, for example) know that grouping ideas into threes enhances the powers of persuasion by engaging listeners’ emotions as well as their minds and memories.  Three things are memorable in a way that two or four are not. In a famous speech, Winston Churchill actually said, “I have nothing to offer but blood, toil, sweat and tears.”  But what do we remember?  “Blood, sweat and tears.”

That’s why it’s also important for readers to recognize and understand this literary device.  Metacognitive readers recognize when an author is using techniques to manipulate their emotions and trying to get them to think or respond in a certain way.

Use the excerpt above or another piece of literature and invite students to look for examples of words, phrases or sentences grouped in threes.  Together, construct a set of criteria for effective use of the Rule of Three, such as the list below.

Read more in the Support for Struggling Readers blog post.

WHAT DO WE KNOW ABOUT THE MAGIC OF THREE?

– The words or phrases must be the same length and pattern or grammatical structure.

– The third item sometimes varies slightly in length or structure to add rhythm.

– The words or phrases must succinctly convey a key image or idea.

– The order of the words should flow smoothly and rhythmically to the ear.

– There should be appropriate punctuation between each word or group of words. 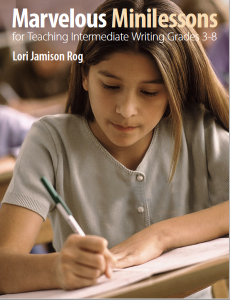 Get the complete I DO, WE DO, YOU DO Lesson Plan in Marvelous Minilessons for Teaching Intermediate Writing by Lori Jamison Rog.

WHAT’S SO MAGICAL ABOUT THE NUMBER THREE? 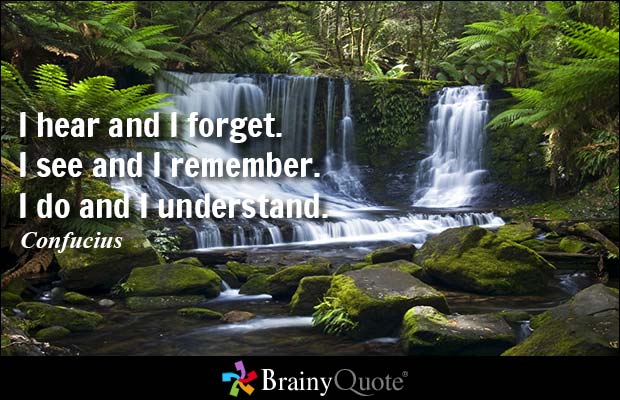 “It’s no accident that the number three is pervasive throughout some of our greatest stories, fairy tales, and myths. It’s also no coincidence that some of the most famous quotes from throughout history are structured in three parts.

It all comes down to the way we humans process information. We have become proficient at pattern recognition by necessity, and three is the smallest number of elements required to create a pattern.”

“Life, Liberty and the Pursuit of Happiness” (US Declaration of Independence)

“I came, I saw, I conquered” (Popularly attributed to Julius Caesar, translated from the Latin Veni, Vidi, Vici)

“Never in the field of human conflict has so much been owed by so many to so few.”  (Winston Churchill)