Meet the author of The Lost Botticelli 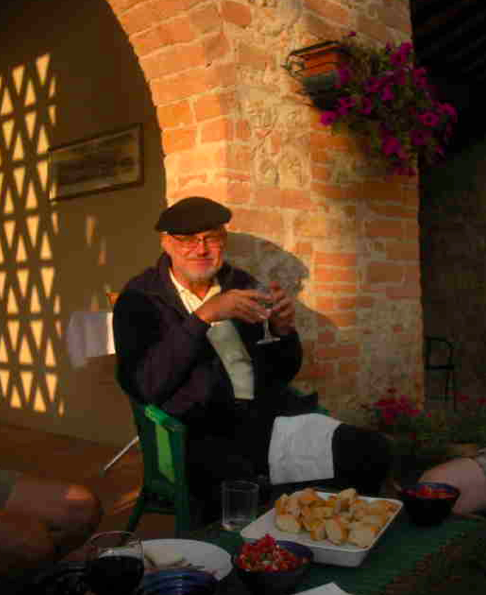 Paul Stephano is the nom de plume of Paul Kropp, a well-known author of over 60 books for teens and adolescents. Here he is pictured in one of his favorite haunts outside San Gimignano, Tuscany.

What inspired The Lost Botticelli?
I was at the Uffizi in 2008, in the Botticelli room, and looking at the two wonderful Botticelli tondi on the walls. Then I began to think, why aren’t there three? Maybe one was lost over the centuries, or stolen. Now that would be a story!  It turned out that there were another seven Botticelli tondi held in various museums, but I still kept the idea that one more – the greatest of them all – was out there, somewhere, waiting to be discovered.

And is that possible?
It’s not likely. People keep coming across paintings that seem to be Botticellis or Leonardos (a man in Buffalo claimed to have found a Michelangelo in his garage!), but there is little likelihood of a new work of Renaissance art appearing after all these years.

Did you want this to be an art book or a thriller?
Both, of course. Earlier drafts of this book had a lot more historical detail about Botticelli and the Renaissance, but my editor suggested that I cut out some of the facts and add more dead bodies. I’ve tried to maintain a balance of both – while telling an interesting story.

MORE PRAISE FOR The Lost Botticelli

Five Stars from Goodreads An entertaining mystery full of humour and wonderfully quirky characters that will help you tour Italy in food and art. Especially loved the Botticelli art illustrations and also the interjection flashbacks to the actual creation of the paintings.

The perfect travel book: “I LOVED THE BOOK. It couldn’t have been a more perfect read for my four-day stay in Florence, followed by an eight-day stay in a small B&B outside of Lucca. I loved the characters and the story.” – Jennifer Maureen

Brenda’s Review from Murder by the Book Bookstore: Don’t miss this debut novel by Paul Stefano! It’s a historical art mystery featuring a young American art curator, his aging Italian mentor, a missing statue on loan from America, and the possible discovery of a lost Botticelli painting. It’s fast-paced and multi-leveled and I can’t wait for a second book from Stefano. Not only is the mystery itself great, this paperback original is beautiful, with French flaps, and deckled page edges. Highly recommended. (From Murder by the Book bookstore)

TO ORDER, CLICK HERE OR ON THE IMAGE AT THE RIGHT. 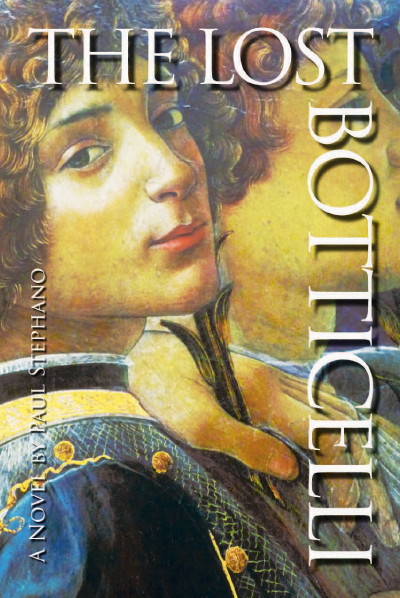