RULES OF ENGLISH THAT WE THOUGHT WE KNEW 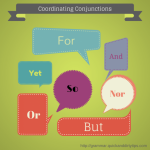 Never end a sentence with a preposition. And never start a sentence with “AND”. These golden rules of writing were drummed into most of us in school – and many of us still teach them to our students.

Well, it turns out that these aren’t rules at all! In fact, Mark Forsyth, the author of The Elements of Eloquence, calls the preposition rule “utter hogwash” and says that anyone who claims that you can’t end a sentence with a preposition should be told up to shut.

And, as for starting a sentence with “and”, linguist Neal Whitman tells us that this belief has neither historical nor grammatical foundation. In fact, he says, as much as 10 percent of the sentences in first-rate writing begin with conjunctions. (http://www.quickanddirtytips.com/education/grammar/can-i-start-a-sentence-with-a-conjunction)

And so what if it doesn’t? Does it really matter if every sentence isn’t complete with a subject and a verb? There’s an actual term – scesis onomaton – for a sentence that consists only of nouns and adjectives. And great literature, oratory and popular culture are full of them. Consider the opening of Dickens’s Bleak House: “London.” Or Star Trek: “Space: The Final Frontier.” And let’s not forget the classic “Finders keepers, losers weepers.”

So, go ahead! Use a preposition to end a sentence with. And start the occasional sentence with a conjunction. But not too many. Or it might get annoying to your reader. And that’s the last thing a writer wants.

Check out the ARCHIVES of the SUPPORT FOR STRUGGLING READERS BLOG. 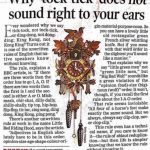 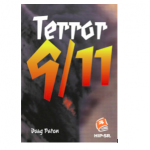 How do we teach about September 11…Support for Struggling Readers